Well today I took my first ‘functional’ trip on public transport since around 2005, I haven’t been a regular train user since my apprenticeship and the days before I got my license; when I talk about functional I mean to travel with a purpose or more importantly a TIME issue… It was important it worked out as I needed to be in the City on time.

Today I had the first of many shifts working at Moomba and not knowing where to park or even if I COULD park without paying out most of the money I would earn I decided to give the train a try, when my job finished up late last year I made a decision that I would try and use public transport more, especially if it meant going into the city and although I caught a train in Sydney this would be a completely different experience.

To start the process I researched which trains I could possible use and as my house is nowhere near public transport I then had to select a station to drive too, several of the stations around my home are actually further away from the city which seemed somewhat of an oxymoron to drive in the opposite direction just to spend even longer on the train, after careful consideration I selected a station about 15 mins away, nearer to the city and about one-third of the (likely) travel time by car. This whole process must have played on my mind as I got very little sleep, waking up several times thinking about my journey and considering what could go wrong.

When it was eventually time to go I made the station (and the train) with only a minute to spare, as I hate being late this was great as the next train would have seen me a little too late for my liking. The train surprised me, first it was on time, second it was clean and third it wasn’t too busy, for a Saturday that didn’t really surprise me but surely more people could have used the train this morning to beat the traffic chaos that Melbourne has become well known for. 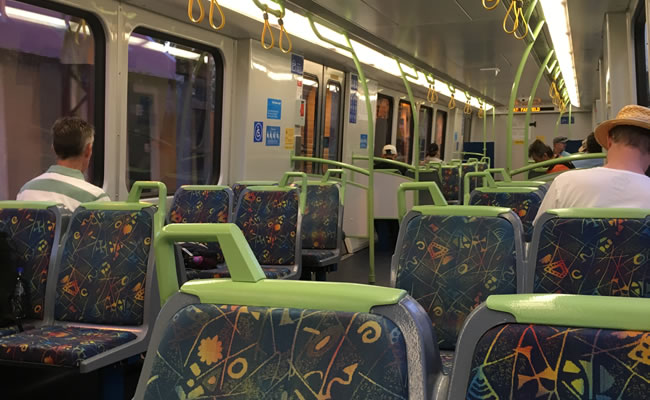 The journey hadn’t changed much from my apprenticeship days although many of the factories closer to the city around Alphington and Clifton Hill look like it is a long time since anyone worked there, a reflection of our failed manufacturing industry, some pockets of real estate have been redeveloped for housing but even this seems to be only a small part.

I arrived in the city on time, my train although arriving at Flinders Street was familiar to me as this was the old Princes Bridge station platform 14, the same platform I used in 1979 when I started my apprenticeship in the city.